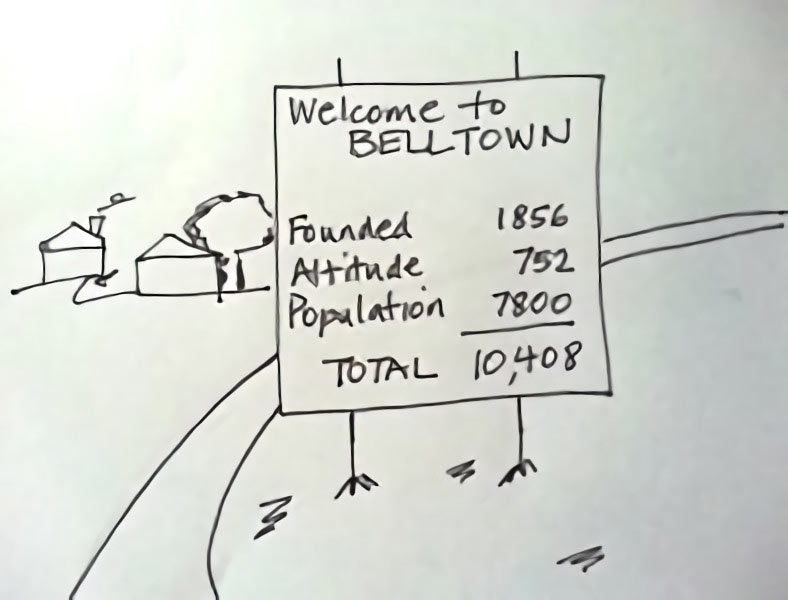 Word problems are often dreaded by students. To try to help the grandmother who wrote about her frustration with helping her fourth-grade granddaughter with word problems, I replied with the following message:

Instead of focusing on traditional word problems at this time, which seem to be dreaded by both of you, maybe it would be better to focus on math questions in a more playful way. Try posing problems that have more than one right answer, more in the spirit of math riddles. Here’s an example of a traditional word problem that a fourth grader would be expected to solve, followed by a problem that’s more like a riddle:

Traditional Word Problem: Billy had $163 and spent some. He has $15 left. How much money did Billy spend?

A Different Word Problem: The answer to a subtraction problem is 15. What might the problem be?

What interests me when I pose a problem such as the second one is the size of the numbers students choose. That can provide information about their level of numerical comfort. Also, then I can ask them to write a word-problem situation that would match the math problem they created. And, as always, I’m interested in how students solve problems. I think it’s very, very important to encourage students to reason mentally, without paper and pencil, and at all times to explain their thinking.

Reflections on My Message
This one activity probably won’t be sufficient for helping the fourth grader. Students need a great deal of experience with interpreting situations, connecting them to the appropriate mathematical operations, and finding and justifying solutions. But it can shift the focus from being right or wrong to connecting situations to math problems. (See Classroom Suggestions below for instructional suggestions.)

A caution: Teachers often resort to helping children solve textbook problems by providing word cues. For example, teachers might tell their students that if a problem says “altogether,” they are supposed to add, or if a problem says “how many more,” they should subtract. Teachers provide these cues to help students be more successful with word problems. However, instruction of this type does little more than offer students tricks for figuring out answers. The cues focus on doing something with the numbers at hand, instead of making sense of the situation and modeling it mathematically.

Watch a Short Video
Here’s a typical word problem that’s useful for seeing if students can interpret a remainder and give an answer that correctly responds to the situation.

There are 295 students.
Each school bus holds 25 students.
How many buses are needed to fit all of the students?

For a revealing and vivid example of how word cues can interfere, watch this one-minute video clip of Mallika Scott asking Marisa, a fifth-grader, to solve the problem. inappropriately using word cues.

Following are ideas about how to approach word problem instruction with students.

I’d read aloud what I’d written: “Billy had ‘blank’ dollars. He spent ‘blank’ dollars. Billy has ‘blank’ dollars left.” Then I would have the students read it aloud with me. Next I’d insert numbers in two of the blanks. For example, for the problem I presented above, I would write:

Using the think-pair-share instructional strategy, first I would ask students to work individually to solve the problem, then I’d have them talk with their partners, and finally I’d lead a class discussion for them to report their results. As always, I would have students explain how they reasoned. To continue, I’d change the numbers, always filling in two blanks but changing which amount was unknown. And, for independent practice, I sometimes ask students to choose their own numbers. As with having them write subtraction problems that have a specified answer (like 15), this gives me insights into students’ numerical comfort.