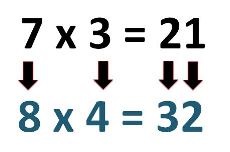 Lydia’s idea emerged when I was teaching multiplication in her third grade class. To engage the students with connecting real-world situations to multiplication, and also with estimating and calculating accurate answers in several different ways, I presented a word problem:

The students wrote a multiplication equation, estimated, and then figured out the answer. We discussed their different strategies for computing and agreed that 7 x 3 = 21.

I then gave a related assignment. This time I presented the students with a multiplication equation―8 x 4 = ? I asked them to estimate the product, write a word problem that matched the equation, and figure out the answer in at least two different ways.

As I circulated, Lydia was eager to explain to me how she had arrived at the estimate of 32. She had noticed that one less than each of the factors in 8 x 4 resulted in 7 x 3, the factors in the tricycle problem we had solved. So she figured that the answer to 8 x 4 should follow the same pattern, and she changed 21 to 32.  Here’s what she wrote. 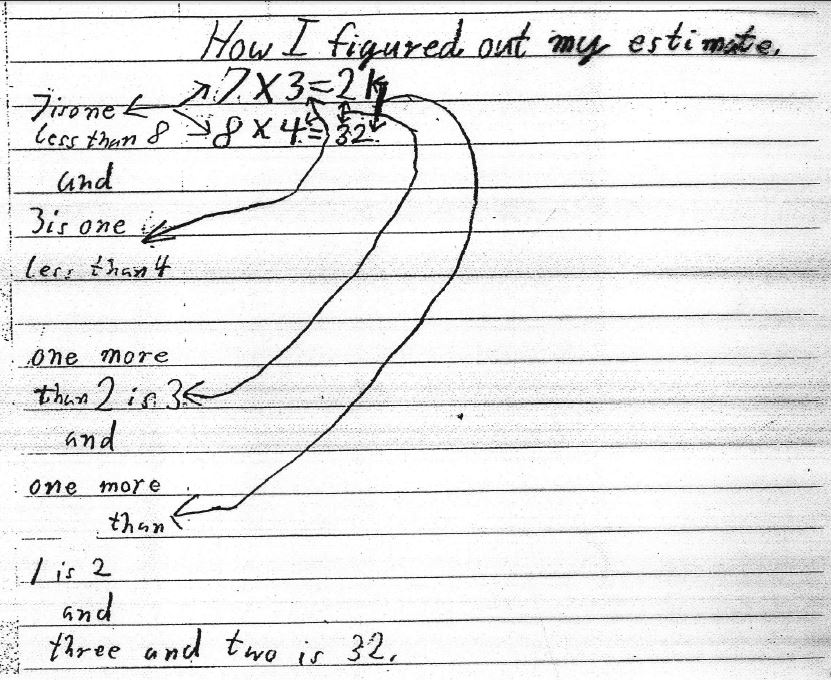 I was astonished. And speechless. (I think it’s hard to teach and think at the same time, especially when we experience unexpected responses from students.)

Lydia happily continued with the assignment. She wrote an appropriate word problem―There were 8 dancers. Each dancer held 4 canes. How many canes all together? When she solved the problem (she did this in five different ways), she was pleased that her estimate was the exact answer.

Meanwhile, I was wondering about what Lydia had done and why it had worked. I grabbed a piece of paper and tried her method on other problems, increasing each factor and the digits in the product by 1 . It didn’t work the first few times, but then it worked again! 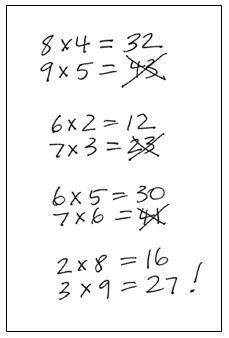 I returned to Lydia and asked her to try her method on 6 x 2, a problem I knew wasn’t too hard for her to figure. Also, the factors were each 1 less than in 7 x 3, so it related back to the tricycle problem. Lydia wrote 6 x 2 = 12 and, underneath, increased each digit by 1, producing the incorrect result that 7 x 3 = 23.

While I found Lydia’s conjecture surprising and intriguing, I discounted it as just a lucky occurrence . . . until I investigated further.

That night, I phoned a math friend (Nicholas Branca, who was a mathematical marvel) and told him what had happened. I gave him my 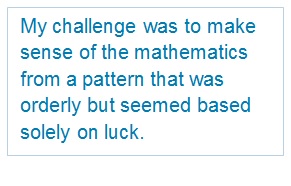 conclusion that Lydia’s reasoning had no mathematical grounding, even though it worked at times. Nicholas’s response was, “If a student does something in an orderly way, following a clear and predictable pattern, then it’s likely that there’s some mathematical grounding. I’ll get back to you.” (Let’s hear it for the Common Core Mathematical Practice Standard 7: Look for and make use of structure.)

I spent a good deal of time that night trying Lydia’s method on problems with different pairs of factors, looking for patterns relating to when her method did and didn’t work, and trying to figure out why. Nicholas and I talked several times.

I love investigations like these, where the math isn’t particularly difficult or complex so the problem is accessible, but there’s something mathematically wonderful, and often surprising and delightful, to discover.

I’m now convinced that Lydia’s reasoning indeed has mathematical grounding, that it’s possible to predict when her method will and won’t work, and to be able to explain why. Interested in finding out more? Try these investigations.

Suggestions for Investigating
The investigations below helped me make sense of the mathematics underlying Lydia’s method. I’ve used the first two suggestions with third, fourth, and fifth graders.

More recently, I put together the full list of investigations for a professional learning session. Teachers were free to investigate some or all of them, and in any order. Then, after

everyone had some time to think by themselves, I organized them into areas in the room numbered for the seven suggestions. They had the choice to continue working on their own or to join a group that was focusing on the same question. It was OK for them to switch to another group as they worked. I think that having choices about what to investigate and how is valuable, both for professional learning sessions and in classrooms with students. I think this would be a good set of investigations and structure for a middle school or high school class.

As always, I’m interested in any feedback and/or questions.