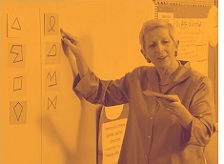 I’d like to reframe the divide that seems to exist when we talk about “student-centered teaching” and “traditional teaching.” Instead, I suggest that we use these labels to describe, without blanket judgment, two different kinds of teaching decisions, each with its own purpose and value. To me, “student-centered teaching” relates to lessons where I offer students experiences to figure things out for themselves. “Traditional teaching” is when I present information to students that I’d like them to learn. I use both approaches in my teaching all the time, but I’m mindful about when I choose each.

As an example, the other day I was teaching at the school in San Francisco I visit regularly. A third-grade teacher in the building brought a copy for me to sign of the Third Edition of About Teaching Mathematics. It’s the one with the cover below. Vanessa is a first-year teacher, and she had used ATM in one of her teacher preparation classes. 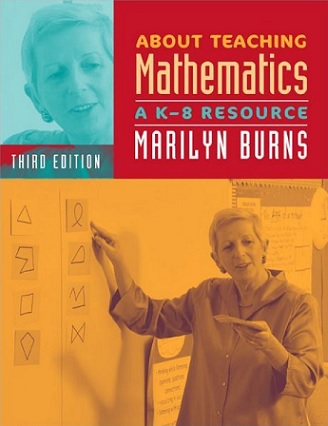 When I looked at the cover photo, I recalled the lesson I was teaching when it was taken. It was about polygons. To prepare, I had drawn a dozen or so shapes, each on a separate sheet of paper. (For the papers, I had folded and cut copy paper into fourths to have smaller rectangles, each 4 ¼” by 5 ½”.)

Some of the shapes I drew were polygons and some weren’t polygons, but I didn’t use the terminology of polygon with the class or present a definition of what a polygon is. Rather, I planned to tape the shapes on the board in two separate groups, one group of shapes that were polygons and one of shapes that weren’t polygons. I’d have the students examine the attributes of the shapes in each group and figure out the rule I had used to sort them.

I could have begun the lesson by explaining what a polygon was, discussing with the class whether several of my shapes were or weren’t polygons, and then asking students to decide which of the other shapes I had drawn fit my definition. That would be an example of what I think of as “traditional teaching.” (Sometime I’ve heard this teaching approach described as “I do, we do, you do.”) In contrast, setting up an experience where the students are asked to figure something out for themselves, confer with their classmates, and then later hear a mathematical explanation from me, is what I think of as “student-centered teaching.” (This is more of “You do, we do, I do.”)

Sorting the Shapes
I began the lesson by posting these two shapes: 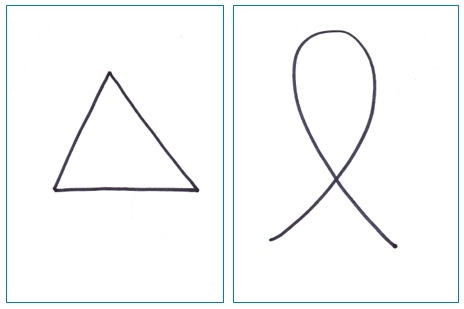 Then I held up another shape: 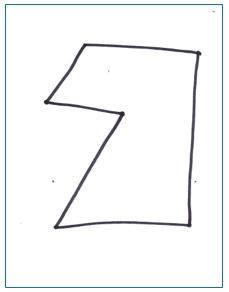 I asked the students to think about which of the first two shapes it belonged with. I had them turn and talk to a partner. Then I asked students to report, asking them to explain their decisions.

Students sometimes had differing opinions about a shape, especially for the first several shapes. After students offered their opinions and explanations for each shape, I taped the shape in the group where it belonged. (See the photo of the book cover for the shapes that I used with this class.) As we proceeded, I still didn’t give the students any additional information, but followed this process for all of the shapes I had prepared.

What I especially like about this experience is that it gives students the opportunity to think about the attributes of shapes,

make conjectures, and try out their ideas by deciding where shapes belong. When I posted a shape in the correct group, students received feedback that either confirmed their idea or contradicted it, which is information they could use for thinking about the next shape. The students did more talking than I did in this lesson, and that’s one of the characteristics I ascribe to “student-centered teaching.”

Students Produce More Shapes
After we sorted all of my shapes, I gave each pair of students a piece of paper the same size as I had used for my shapes. I asked them to work together, draw a shape, and decide in which group it belonged. (I gave pairs that finished more quickly an additional piece of paper for another shape.) Then each pair came up and showed their shape (or shapes), and the others predicted where it belonged. Again, I pasted the shape in the correct place.

In this way, the students contributed to the lesson by creating shapes for the rest of the class to discuss. They were producers contributing to the experience, not only consumers of what I had prepared. This active involvement is another characteristic I ascribe to “student-centered teaching.”

Describing the Attributes
I next engaged students in sharing their ideas about the shapes’ attributes. One way that I’ve found to be successful for this discussion is to ask students to describe one thing they notice about the shapes in one of the groups, and I record their ideas for all to see. For the polygon group (still not yet labeled), students offered: no curved sides, they all have a space inside, no crossover lines, and more. For the non-polygon group, students offered: curved sides, weird shapes, curved and straight sides, sometimes not all lines touching, and more.

Again, this is to me an example of “student-centered teaching,” because my focus was on eliciting students’ thinking, still not yet imparting information.

Introducing Polygons
After I recorded the students’ ideas (waiting until after is a key part of my teaching decision), I revealed my rule. I labeled one group Polygons and the other group Not Polygons, telling them (and here telling them is a key part of my teaching decision) that these are mathematical terms that label the shapes in each group. I described the attributes of polygons, starting with the students’ language and finally moving to a mathematical definition of a polygon that I wrote on the board: A polygon is a two-dimensional shape with straight sides that enclose a space but do not cross each other.

A confession: I honestly can’t recall the exact definition I wrote that time. I’ve taught the lesson to different classes and have always presented a definition that I thought the particular students could relate to. The definition I recall learning was something like: A polygon is a simple closed plane figure bound by three or more straight line segments. With students, sometimes I use “figure” instead of “shape,” sometimes “plane” for “two-dimensional,” sometimes “do not intersect” instead of “do not cross each other.”

Presenting mathematical definitions to students, as I did here by defining a polygon, has long been a part of “traditional teaching,” where we impart information, introduce terminology, and, when appropriate, show representations. Here I presented information―the terminology of polygon that’s the conventional mathematical language. What’s important here to me is that I presented this information (in the “traditional teaching” mode) after the students had done some thinking on their own and had a context to connect to, telling them information that they couldn’t figure out or discover without some outside source.

So, it’s not “student-centered teaching” vs “traditional teaching” that I think about, but more about knowing when each approach is appropriate. My litmus test: If the knowledge I want students to learn is something that they can figure out (like thinking about the attributes of shapes) by relying on their own thinking, I try and think of an experience that engages them in sense making. However, if the knowledge is information that students couldn’t discover without information from another person, a book, or some other source (like the terminology we use to label shapes), then imparting information is not only appropriate but necessary.

Variations on the Lesson
Sometimes I’ve taught the lesson as a Silent Math lesson where no one talks (not even me) as we sort the shapes. Instead of having students talk in pairs about shapes, I signal individual students to come up and tape a shape in one group or the other, and then I either nod in agreement or move the shape to the other group. I like doing this when I want to provide students as much opportunity as possible to think for themselves without hearing from others. Sometimes, after we’ve sorted shapes, instead of leading a class discussion about how the shapes were sorted, I ask students to write what they think my rule is. As with most lessons, there’s no one best way to teach it.

An Extension
The Greedy Triangle is a children’s book that I wrote for the purpose of introducing polygons through the context of a story that can engage children’s interest and stimulate their imaginations. It’s useful as a follow-up or introduction to this lesson. A section at the end of the story provides mathematical information and ideas for involving students in thinking about shapes. 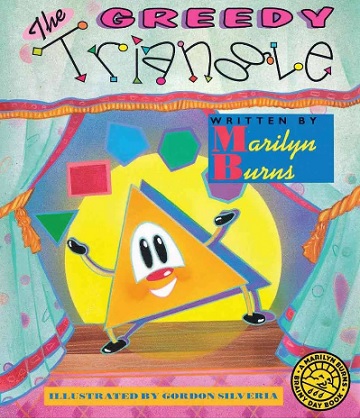 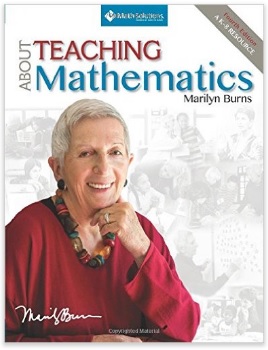