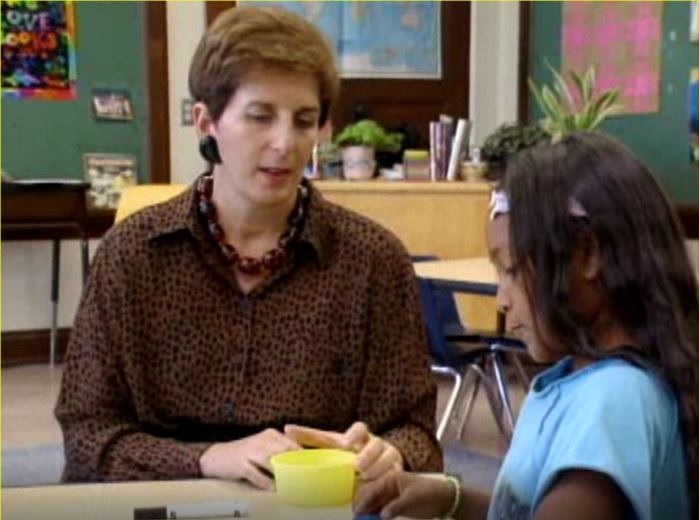 How I Got Hooked on One-on-One Math Interviews

I clearly remember my first one-on-one math interview. It was several years after I had founded Math Solutions when I was working on a series of professional development videotapes for the Cuisenaire Company of America. The goal of the project was to capture classroom mathematics instruction that engaged students in thinking, reasoning, and solving problems. This was way before making videos was as easy as pointing and shooting with your phone—more than 10 years before the first IPhone was released!

Stars in One Minute: A Favorite Lesson
One of the lessons we captured on videotape was Stars in One Minute, a lesson that’s long been a Math Solutions staple. I observed Carol Brooks teach the lesson. Here’s how it went: As the students timed one minute on the class clock, Carol furiously drew stars on the board. When the minute was up, Carol turned to the class and said, “Wow, I have a tired arm from drawing all those stars.” 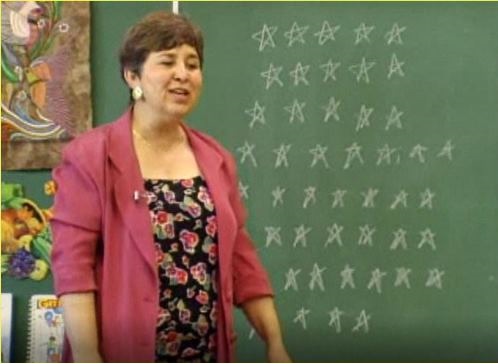 Carol then asked the class how they could find out how many stars she had drawn. Several students called out in unison, “Count by tens.” This wasn’t surprising as the class had been learning about place value. With the students helping, Carol counted and circled four groups of stars with 10 stars in each. They then counted the extra nine stars and Carol asked, “Should I draw a circle around those?” 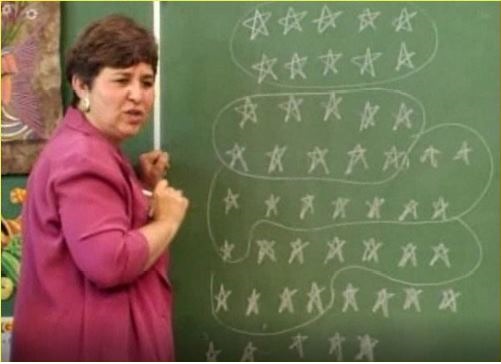 Cena stood up to answer. She was confident, vehement, even a little bossy. She said to Carol, “Look, you’ve got, um, (and here Cena stopped to count the groups of 10) four tens, and you put a four right there. And you have nine stars left over and then you put nine right there.”

The class watched as Carol followed Cena’s instructions and wrote 49 on the board.

My Interview with Cena
Place value is complicated for students to understand. Since Cena was so emphatic and clear, I thought it would be interesting to interview her so we’d have an example to show teachers of a student with a solid grasp of the place-value structure of our number system. That night, we contacted Cena’s mom, and she gave permission for me to interview Cena. The next day, Cena arrived in her Sunday best, her hair down, brushed and ribboned, no longer the pigtailed girl in school clothes. She was excited about being interviewed.

The interview was a startling experience for me. To begin, I put out a small plastic cup with 24 tiles and asked Cena to put the tiles into groups of ten. Cena counted ten tiles into a group, ten more into another group, and then confirmed that she had two groups of ten and four extra tiles. I asked her, “Do you know how many tiles you have altogether?” Cena looked up at me and shook her head no. I tried not to let on that I was startled. “How would you find out?” I asked her. Cena answered, “Count them,” and she then counted the 24 tiles, one by one. Cena seemed thrilled to find out that there were 24 tiles. I was flabbergasted. 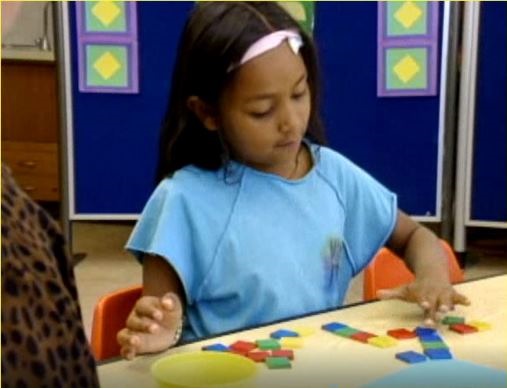 As the interview continued, additional soft spots emerged in Cena’s understanding. It was a profound experience for me. You can watch the interview here.

Even before interviewing Cena, I believed that students were always the best source for learning how to improve my classroom teaching. Now, after collaborating with Lynne Zolli to create Listening to Learn, I’m even more convinced that listening to students, one on one, provides access into their reasoning in a way that’s unique and invaluable. The experiences we’ve had interviewing more than a thousand students have been professionally life changing. I realize that it’s quite a strong statement to say that something is life changing, but when I revisit the sentence, which I’ve done many times, it holds true.

Lynne was a classroom teacher in San Francisco Unified School district for 41 years and we’ve worked together on various projects. We are two teachers who are basically intrigued, even obsessed with interviewing students. We hope to encourage and empower K–5 teachers to use Listening to Learn, a digital interview tool that can help them learn how their students reason numerically, information that we think is essential for planning instruction.