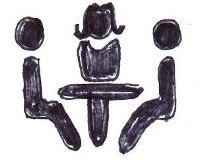 Several years ago, I was working with a class of fourth and fifth graders. Their teacher had begun a unit on fractions and was interested in connecting fractions to real-world contexts. “No problem,” I told her.

Our plan was that I would teach a lesson, she would observe, and then we’d revisit it. I’d focus on talking with students about naming fractional parts, the standard symbolism of fractions, and equivalence.

My first real-world context: a six-pack of water 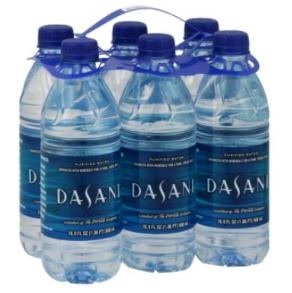 We also talked about three bottles being one-half of the six-pack, and that 3/6 and 1/2 were equivalent fractions because they both described the same amount of the six pack. I recorded this:
3/6 = 1/2

My second real-world context: a box of 12 pencils 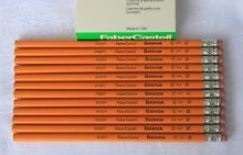 I asked a few other questions, recording numerically for each. All this was going fine.

Then I hit a snag
The students in this class sat in small groups, and I next called the students’ attention to a table where two boys and one girl were seated. I asked them what fractional part of the students at the table were girls. Hands shot up and I had them say the fraction in unison in a whisper voice—one-third. I wrote 1/3 on the board. 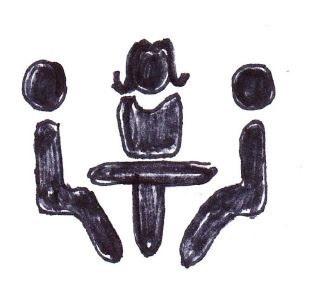 Brad noticed that the table next to his also had two boys and one girl sitting at it. Claudia commented, “So if you put the two tables together, then 2/6 would be girls.”

I was stunned. Addison was correct that 2/6 of the students at the two tables were girls. But the addition equation that Addison wrote wasn’t correct. It’s every teacher’s nightmare when students combine the numerators and denominators to add fractions and think that adding 1/3 and 1/3, for example, gives an answer 2/6. But I didn’t think that Addison had applied that incorrect procedure. I wasn’t sure exactly what he was thinking.

To buy some time, I asked Addison to explain what he had written. He said, “One out of three at Brad’s table is a girl, so that’s one-third. And it’s the same for Margaux’s table. So, if you put them together, then two out of all six kids are girls, and that’s two-sixths.” The rest of the students nodded.

They were all pleased. I was a wreck.

So much for buying some time.

It’s hard to think and teach at the same time!
I stood quietly and thought for a moment about what to do next.

To fill the quiet, I said to the class, “When thinking about fractions, it’s important to keep your attention on what the whole is.”

After thinking some more, I returned to the context of the two tables of students. I said to Addison, “I see that you’re thinking about the two tables together.” He nodded. “So, the group of students at the two tables together has six students.” He nodded again. “Then Brad, Samantha, Jack, Margaux, Robbie, and Max, are each 1/6 of that group, just as each bottle of water is 1/6 of the whole six-pack.” Another nod. And because 1/6 + 1/6 equals 2/6, it makes sense to me that 2/6 of that group of six are girls.” I wrote on the board:
1/6 + 1/6 = 2/6

None of the students seemed concerned that 1/3 + 1/3, as Addison had written, seemed to produce the same answer as 1/6 + 1/6, as I had written. Now I was breaking out into a sweat.