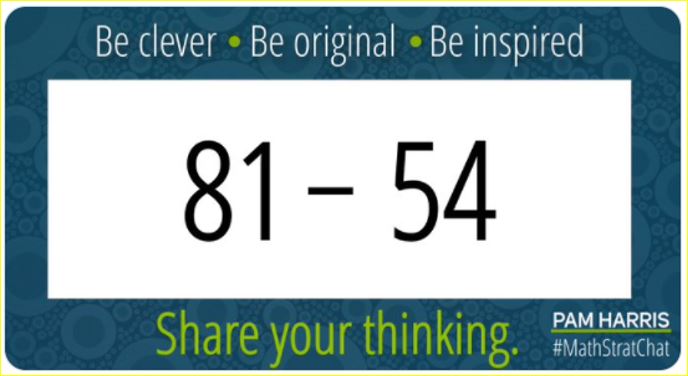 Answers Are Only the Starting Point

When scrolling through Twitter this morning, I read this from @pwharris: 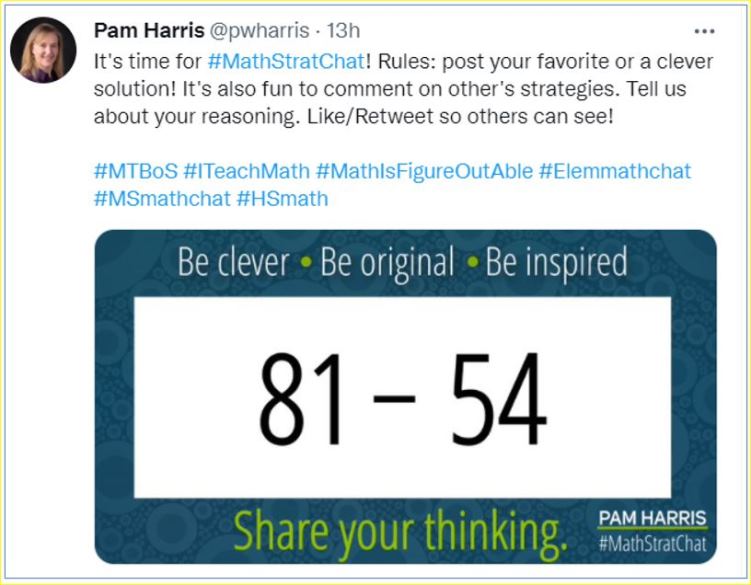 I was interested to read Martin Joyce’s response(@martinsean). He described an approach that intrigued me.

I never would have thought of that. Like Martin, I didn’t want to regroup, but I was confused by his answer. I tweeted my idea.

Keep in mind that this was early in the morning. I sent the tweet above at 5:23 am, awake in bed but not yet fueled with coffee. I was wondering why Martin got 18 and I got 17. And then I had a sinking realization. My answer was wrong! I wrote another Tweet:

Then I thought that I’d better get up, make some coffee, and revisit this exchange. At my computer, I checked back on Twitter, back to Pam’s original post, and read all the other related Tweets in the thread. It’s a long thread, about 50 Tweets when I checked with so many ideas. It’s mathematically exhilerating, as responses to Pam’s challenge typically are.

My Takeaways
1. We all make mistakes.
2. It’s OK for students to self-correct, which I’ve found they often do if asked to explain their reasoning.
3. Answers are only the starting points—it’s how students reason that’s the end goal.

And, My Final Takeaway
4. I shouldn’t do arithmetic in the morning before coffee.